NOTE: I have changed my spelling of Dia de Los Muertos to be more gender inclusive and substituted the @ symbol for the letter “o.”

**Dia de L@s Muert@s cannot be understood without music. It’s an essential part of the experience and tends to be lively (cumbias) or solemn (boleros). I’ve included two songs to get you dancing and one to make you feel a little more introspective.**

Death isn’t talked about in the United States. It happens almost every single second of every day, yet we avoid talking about it at all costs. There’s even a website that simulates all of the births and deaths in the world, which suggests a fascination with the circle of life. But we can’t seem to have an open conversation about our losses and the pain of grief. Why don’t we talk about death? Is it because we are afraid of dying? Are we incredibly superstitious and think that if we avoid talking about it, it won’t happen to us? Obviously, this is a false belief. You will come face-to-face with death at one point or another, and you will most certainly deal with the deaths of loved ones.

People, Americans primarily, struggle to talk about their feelings and emotions. Our country’s history is defined by a white, heteronormative, toxic masculinity that promotes the idea that men need to be strong and retain an alpha role to protect their family. In this vein, children are brought up to internalize the “strong man” narrative and perpetuate its poisonous ideology. Being emotional is demonized as a feminine trait and is used against men to make them feel inadequate. It’s not surprising, then, that we struggle to find the words and the emotions to accompany death and loss. If we are too busy appearing strong and resilient, we can’t admit that we feel pain and are sometimes governed by fear. Or maybe it just comes down to fear itself. Perhaps we are too afraid of losing control while we grieve and worry that others will judge us harshly for being human.

Mexico, on the other hand, celebrates death in a very vibrant and emotionally healthy manner. If you are fortunate enough to be anywhere in Mexico at the end of October and the beginning of November, you can witness the colorful beauty of Dia de L@s Muert@s. I happened to be living in San Cristobal de las Casas, Chiapas in November 2005, which allowed me to experience first-hand, the beautiful celebration of death. Before living in Mexico, I had never seen an ofrenda or witnessed graveside celebrations that weren’t marked by somber, black clothing, flowers, clasped hands, and bodies holding in tears. I was almost dumbfounded, yet deep within my soul, something shifted. My entire being resonated with the celebration of death. People in San Cristobal were laughing and dancing in the streets and I desperately wanted to join them. It was a time to appreciate those who have been in our lives, however briefly, and remember them without the tension of grief. Don’t get me wrong, there’s also sadness and plenty of tears for some people, but the Day of the Dead is about the vitality of life and connecting with ancestors.

For those of you who are into history, here’s a little bit of information about the origin of Dia de L@s Muert@s:

The Aztecs started the ritual over 3,000 years ago and it was viewed as sacrilegious by the invading Spaniards, so they co-opted its original celebration timeframe to fit with their Catholic belief system.

Originally, Dia de L@s Muert@s fell on the ninth month of the Aztec solar calendar (roughly the month of August) and was a month-long celebration, led by the goddess, Mictecacihuatl (Lady of Death). It was moved to November 1st and 2nd to coincide with All Saints Day/All Souls Day (a primarily Catholic celebration) by the Spaniards.

The Mayan people have a similar celebration to Dia de L@s Muert@s, but it is called Hanal Pixán.

Altars or ofrendas are created to memorialize those who have died and butterflies can play a prominent role, as monarch butterflies start to appear in Mexico in November. Ofrendas are generally adorned with candles, food and beverages for the deceased, skulls, marigolds and photographs.

Calacas and calaveras are used as a way to poke fun at death and are manifested as sugar skulls and paper maché decorations.

Pan de Muerto’s origins aren’t really known, but it dates back to pre-Hispanic times and can only be purchased in bakeries during Dia de L@s Muert@s.

If you want to participate in local festivities, there are Dia de L@s Muert@s celebrations in the Twin Cities, and my kids have always loved the Barebones Halloween performance. They put on a spectacular show, full of larger than life puppets, fire dancers, singing and live music. It can be a bit chilly, so dress warmly, but you won’t regret bringing your family. The performance and/or celebrations can also act as a bridge to talk about death and loss with your kids. It’s definitely a tricky subject and can be even more difficult for adults who personally struggle with loss and grief. I will tell you from experience, though, that talking to your kids about death is the best way to remove the well-worn stigma of grief and loss. If your children see you process grief by talking openly and naming feelings, they will be able to do the same thing. It’s difficult to teach something that you don’t model yourself, so you might need to do a little bit of work on yourself, processing your own feelings about death, before you can navigate them with your child. In the meantime, you can use Dia de L@s Muert@s to model what other cultures celebrate and perhaps make your own Pan de Muerto or ofrenda.

(***NOTE: It’s a rather fine line, but please make sure that you are not participating in cultural appropriation of Dia de L@s Muert@s (or any other Mexican holiday). This occurs when white people choose to appreciate the “good things” about Mexican culture (food, beverages, clothing, destination vacations, etc) and then refuse to support people who fear deportation and immigration control, effectively picking and choosing what they want to support. In other words, it’s not okay to take a selfie with a taco and then use social media to complain about illegal immigration.***) 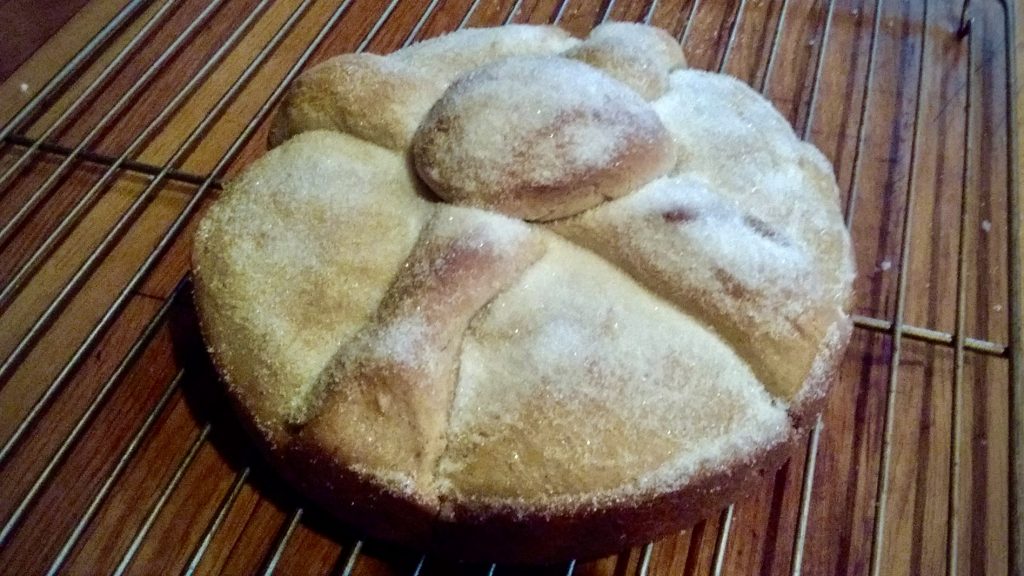 1. Using a kitchen scale, weigh your flours and add them to the mixing bowl of a stand mixer. If you don’t have a scale, you can approximate with an online grams-to-cups calculator. Grind the spices in a spice grinder and add to the flour mix. Add the rest of the dry ingredients and mix on low, until combined.

2.  Combine the milk, water and shortening in a microwave safe cup or bowl and heat for about 1-2 minutes in the microwave, or until the shortening is melted (if you’re using oil, you don’t need to heat it). If your mixer is off, turn it on as you add all of the wet ingredients (milk/water/oil mixture, eggs, honey, vinegar, vanilla and orange flower water). Mix  on  medium  for  2-3  minutes, or until everything seems to be incorporated. The psyllium husk will expand and soak up excess liquid, so beat longer if you can’t handle the dough. It will be sticky, but manageable. If it’s still too wet, you can add more flour (by the tablespoon).

3.  Using oil and sweet rice flour, prepare a circular pan for the dough. Dust your hands with rice flour before you handle the dough and pour 1/2-3/4 cup of flour on a flat surface and knead the dough. Remove 3/4 of the dough from the floured surface and place it into the pan (similar to making a boule). With the excess dough, make four small ropes and a circle to signify the bones. Use as much flour as you need in order to make the dough into the correct shape.

4.  Cover the pan with oiled plastic wrap and let the dough rise in a warm place for 60-90 minutes. Once it has risen, bake at 450 degrees for 10 minutes and then reduce the heat to 350 degrees and bake for an additional 30 minutes, or until an internal temperature reads 200 degrees.

5.  Once the bread is done, remove it from the oven and dust with extra sugar, if desired. You can eat it hot or wait until it’s cool, or you can just use it as an offering on your ofrenda!

Resource for parents: Day of the Dead in the USA
Movies to watch with the family: Coco & Book of Life
Books for Children: 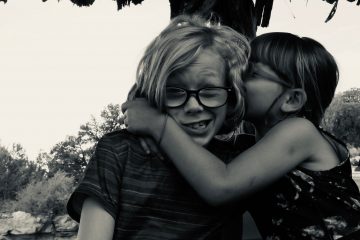 No Means No: Teaching Consent

HOME > TENUOUS BALANCE > NO MEANS NO: TEACHING CONSENT “No Means No”: Teaching Consent **Consent is a tough topic to teach with small children, so songs incorporating the word “no,” “don’t,” “can’t,” and “respect” Read more… 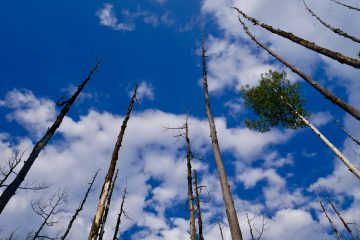 HOME > TENUOUS BALANCE > INHABITING THE IN-BETWEEN Inhabiting the In-Between **This is the last song I sang to my paternal grandmother before I said goodbye to her physical presence. She lived in the land Read more… 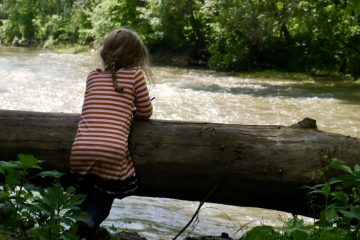